The Zanskar Trek is an epic trek in far Northern India that spans 17 days from Kanji in Jammu & Kashmir to Darcha in Himachal Pradesh. The trek goes through some of the most stunning scenery in the Himalayas and crosses many high passes over 4000m and even a few at over 5000m.

This trek differs from the Chadar Trek which can also be called the Zanskar Trek, but that one is purely during the winter when the river is frozen. A very different experience, but one I’ve heard is equally amazing and probably even more adventurous.

However, I’d like to give you my reasons for doing this trek through a series of photos that I took during my trek a few years ago. At the end, I’ll give a few tips as well for those who might be considering this trek.

Reasons to Go on Zanskar Trek

Culture – My first reason for recommending the Zanskar Trek is to experience the culture of the area. This part of Jammu and Kashmir is heavily influenced by Tibetan Buddhism. Many have crossed the border from Tibet and have settled in this area. It is quite evident by the many monasteries you pass during the trek.

Many of these monasteries are built into the side of the mountains and are stunning to see. The one in the photo above at Karsha and the one in the cover photo from Phuktal, are just a sample of the many monasteries that dot the terrain during the trek.It’s not just the monasteries though, as when you pass through the small villages of this trek, you will also get to witness the culture of this area by observing the daily life of the people.

Scenery – My second reason I recommend doing this trek, is for the scenery. The scenery is remarkable and some of the best mountainous scenery in this whole area. A large majority of the trek takes place above 3000m and as I said in the introduction many of the passes exceed 4000 and even 5000m.

The variety in the scenery makes this trek worthwhile. On certain days you will pass fertile land and greenery while others will make you feel like you are in the middle of the desert. The stark beauty of the dry desert feeling is incredible though.

The mountains you’ll experience on this trek tower above you and are part of the Himalayan range that go on for thousands of miles in either direction.

The Adventure – This trek is for the adventurous. Any trek that take 17 days and is in such a remote area such as this will have you feeling the adventure. There are sections of this trek where you go for multiple days without seeing any villages or other people for that matter. It’s remote and miles from civilisation if you’d need help. But at least in my mind, that adds to the charm of this trek.

Most of the trek isn’t too dangerous, however, there are a few sections like in the photo above where you need to watch your footing. Also, as there are a lot of high elevation passes on this trek, you need to make sure you acclimatise properly before you start the trek in Leh before setting out on this trek.

Solitude – If you want to go on a trek where it’s just you and your guide and no one else for possibly days on end, then I highly recommend the Zanskar trek. At least when I went a few years ago, this trek was not crowded by any means. There would be days where we wouldn’t even see anyone else. It was great to have the whole area to ourselves.

Most campsites were like the photo above. Just setting up the tent wherever was best and enjoying the nature and beauty of Ladakh.

The Sky – This may seem like an odd reason to do a trek, however, if you are like me and live somewhere where you rarely get to see the stars, seeing night skies like this will amaze you! This trek is so far from big population centers, that there is very little light pollution.

Quite a few nights while I was on the trek, I would wake up around midnight or 1am and take a peek outside my tent just to admire the sky. The milky way core was so easily seen and it felt humbling to be underneath a sky so vast with millions of stars.

Also, not any less than the night sky were the sunsets. Almost every evening just after dinner, the sky would put on a show with the beautiful sunsets. If you do this trek during the right season, you can be lucky as well and also get to see them like the photo below.

Tips for the Trek

If you have any other questions about the trek or are planning on doing it and what some more advice, please write us in the comments below! 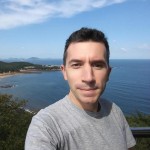 5 Amazing Things to Do In Pocheon: South Korea
2 months ago